I know a few guys from GITH and would like to help out and give knowledge to new players. I am LVL 66 in about 5% time lol Hope to play with more of you and hear from you !!!

ps. way to go Chillaxin for getting in bro !! and special thanks for buying and trading shyte with me TigaTiga..

I don't suffer from insanity; I enjoy every minute of it. 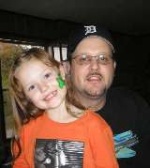 Tell you what Bro, add me in game Gav-C when ever I am on I will happily help you level to a higher level to enable you to join in the guild.

We could add those required levels to you in no time.

don't be dis hearted about our requirements as there are still many people in the guild that will play with you and help you achieve the required levels. You will have to play 18 cads though as we will all be chasing tickets

RugbyRocker wrote:ps. way to go Chillaxin for getting in bro !! 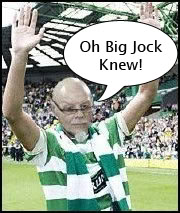 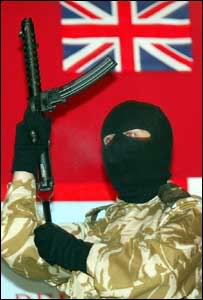 that sucks... havent heard ... oh well.. Thanks guys.. I'll add ya Gav... Hope to help get tickets soon as possible cause my marbles are just sitting in my dang locker...

Joining GITH and about me

Hi guys.
I am JJ. as some of gith member know already, I was looking for the best guild that will keep my interste in the game and helping each others and also help guild to become the best.
I started to play SO few month ago and I had a very bad incident. I got scam by another player. I lost about 18x3 fitting ticket and also all of my NGs,,,,. That is when I found about guilds. Couple of Bent-Putter members helped me out and made me feel better. And I joined the B_P. I was happy at beggining but as time passes by I found out bp wasn't a good guild where people interact and helping out each other. I liked lots of members but GM was not a one of them,,,,. I asked for couple items and later I found out that I paid way more than price at AH,,,, As some of you know aleady, GM terminate BP and took all the stuff with him. Many of items were donated by members,,,. As I was playing and looking for new guild. I met TiGa,1m0c,MunkeyUncle,,,. All of them were very high lv players but at the same time were very nice to me. And I also found out about GITH has a goal to achive. THE CAD ROOM!!
I know I will need lots of help to get better in the game but I can promis you that I will be returning a lot more so GITH will achive this goal and become the #1 guild in SO.
I will be honest. I need help to get better. Let me get better so I can be bigger part of GITH and give it back to GITH!!.
Thanks and have a wonderful new year!!

get yur own thread dude

thx guys for looking at my application and sux I'm too low a lvl for you guys... I'll Apply eslewhere's I guess

Wackybugsy wrote:If you are level 66 you would be considered the new player..no offense but that is a low level for our guild.

Hey toppdawg here AKA Darrell 27. lvl 77 I really enjoy playing the game and getting
too know new people my bud coheed22 told me to check out site. I am recently looking for an established crew I can kick it with and have fun..